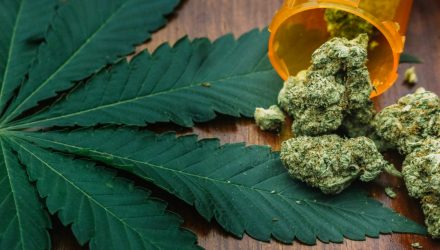 MJ was steadily rising ahead of the elections, creeping above its 200-day moving average after it, along with most U.S. equities, was racked by the October’s volatility.

“In our view, these midterm results combined with a strong pipeline of upcoming catalysts should serve to drive a decoupling of valuation multiples for the U.S. cannabis sector to eventually reach a premium over Canadian LP peers,” said GMP Securities analyst Robert Fagan.

Election results went as political analysts planned with the Democrats gaining majority in the House of Representatives, while the Republicans maintained control of the Senate. Analysts posit that a more Democratic House would offer the least path of resistance for further marijuana-related legislation, such as the SAFE Act and STATES Act.