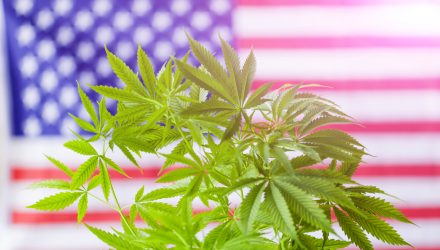 States throughout the U.S. have various marijuana initiatives on the November ballots.

“Michigan and North Dakota are both voting on adult marijuana use ballot measures in November, while Utah and Missouri will vote on the legalization of medical cannabis,” according to CNBC. “Should adult use access expand to 10 states, that would cover roughly 25 percent of the population and 28 percent of GDP, according to Cowen’s estimates.”

California, Colorado and Washington are among the states that already legalized weed for recreational purposes. Canada is expected to legalized recreational marijuana next month.