You are at:Home»ETF Strategist Channel»The Many Flavors of Emerging Market Equity ETFs 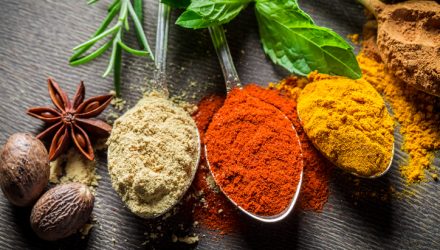 The Many Flavors of Emerging Market Equity ETFs

So far this year, emerging market equities have been on a rampage, almost trading in a straight line higher.  While this asset class can be worrisome to traditionally home-country centric US investors due to a variety of factors, the innovation in ETFs can potentially allow for some of these worries to be mitigated by slicing and dicing and repackaging the exposures.

Despite the variety of options available in the EM equity space, the majority of assets continue to reside in the standard broad market based ETFs, with nearly 85% of the assets being held by the top three ETFs.  But even within these more vanilla offerings there can be a decent amount of dispersion based on the underlying index.

Among the top EM equity ETFs there are three different index providers: FTSE, MSCI, and S&P.  One of the major points of dispersion amongst these providers is the classification of South Korea as an emerging market country in their ‘base’ classification:

While it seems more widely accepted that South Korea has reached a developed country status, you can see MSCI has continued to classify the country as emerging.  Given its relative size in that universe, this can account for nearly a 15% difference in exposure between MSCI and FTSE/S&P.  And given that two behemoths in the ETF space use that index provider (EEM and IEMG), it can be a source of decent relative performance dispersion.  While there are other factors at play I will touch on shortly, here is the performance.

There are a couple other differences within the subsets of the index providers mentioned.  From the table above, VWO includes China A-shares while SCHE does not (nor does either of the MSCI nor the S&P ETFs).

Another difference is that some of these ETFs follow indices which include small cap issues (IEMG/SPEM/VWO) whiles others do not (EEM/SCHE).  Here is a table of market cap exposure (as classified by Bloomberg), which shows the difference in the smallcap exposure:

But what about investors looking to branch out from these more traditional ETFs?  There are a few different routes an investor could go down for alternatives: