You are at:Home»Investing»Many ETFs Are Popular Despite Being Under Three Years Old 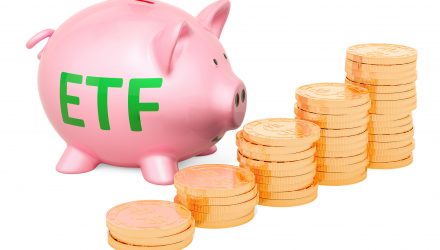 Many ETFs Are Popular Despite Being Under Three Years Old

These four mega-caps have long been followed by CFRA equity analysts, but the stocks and many others were sold by index-based XLK or XLY in September. Through XLC, investors can gain exposure to these and other attractively valued stocks in a low-cost liquid wrapper. XLC charges a 0.13% expense ratio and trades approximately $160 million shares a day.

While SSGA launched a new ETF to reflect the GICS changes, Vanguard converted a pre-existing telecom fund into Vanguard Communications Services Index ETF (VOX). While VOX still holds AT&T and Verizon Communications, as does XLC, the 14-year-old VOX has gradually added in former tech and consumer stocks to the portfolio, making the prior track record less meaningful than the newer positions. VOX charges a 0.10% expense ratio, but trades less than up-start XLC.

CFRA also covers other ETFs that launched in 2018, including considerably smaller iShares Evolved US Consumer Staples ETF (IECS), Oppenheimer Emerging Markets Ultra Dividend Revenue (REDV) and ProShares Online Retail (ONLN). These strategies are different than some of the more established offerings, based on exposure and costs and warrant attention according to our research.