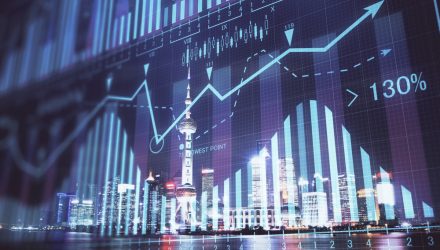 Markets are riding on the bet that inflation will not just fall this year, but will do so at a historic rate, according to the WSJ. Whether that bet plays out or not, managed futures strategies that capture market trends as they happen are potentially positioned for another year of compelling performance in 2023 as recession risk rises and economic slowing likely begins in earnest.

December’s CPI report has renewed the hope in the minds of many investors that inflation has peaked and will fall rapidly back to the 2% bounds that the Federal Reserve is aiming for. For that to happen this year would mean prices fall as rapidly as they did during the depression that came in the wake of the 2008 Financial Crisis.

Treasury yields for notes set to mature in January 2024 were around 4.7% at the close on Friday with TIPS maturing during the same period and yielding 2.7%. Within derivatives, bets on CPI swaps that allow investors to express their views on future inflation rates were largely estimating 2.1% inflation in the next 12 months.

Inflation has only fallen that rapidly two times in the last half-century: the recession that occurred between August 2008 and July 2009, and in the early 1980s when Fed Chair Paul Volcker hiked interest rates into the double digits to fight soaring inflation.

Given that inflation bets in the last 18 months have persistently missed reality (underestimating the speed of price increases), there is a wealth of opportunity for strategies like managed futures to capture and capitalize on the gap between prospective outcomes and market realities and trends.

The iMGP DBi Managed Futures Strategy ETF (DBMF) allows for the diversification of portfolios across asset classes uncorrelated to traditional equities or bonds. It is an actively managed fund that uses long and short positions within the futures market on several asset classes; domestic equities, fixed income, currencies, and commodities (via its Cayman Islands subsidiary).

The fund’s position within domestically managed futures and forward contracts is determined by the Dynamic Beta Engine, which analyzes the trailing 60-day performance of CTA hedge funds and then determines a portfolio of liquid contracts that would mimic the hedge funds’ averaged performance (not the positions).