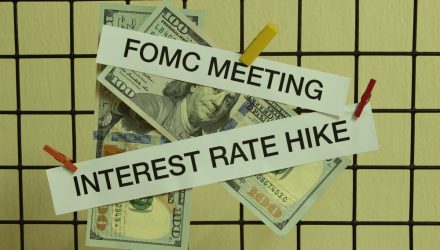 Economic indicators are largely pointing to slowing and a potential easing of inflation but not at a satisfactory rate according to St. Louis Federal Reserve President James Bullard. A continuation of Fed aggression through rate hikes could have serious economic repercussions but managed futures, a strategy that can take long — and most importantly short — positions on a number of asset classes are positioned to ride the turning economic tides.

Bullard is a voting member of the FOMC that sets monetary policy and made comments recently that the “policy rate is not yet in a zone that may be considered sufficiently restrictive,” reported CNBC.

The St. Louis Fed President is using economic standards based on work by Stanford economics professor John Taylor, dubbed the Taylor Rule. It’s an algebraic equation that calculates where interest rates should be based on inflation and real GDP, and applying the Taylor Rule to current inflation puts Fed terminal rates somewhere between 5%-7%, 100 basis points higher than the current rate of 3.75%-4%.

“Thus far, the change in the monetary policy stance appears to have had only limited effects on observed inflation, but market pricing suggests disinflation is expected in 2023,” Bullard said.

Under this approach, the lowest bounds would be 5% interest rates to put monetary policy in a meaningfully restrictive range, according to Bullard. Markets currently are forecasting 5% as the terminal upper end of rate hikes by mid-2023.

Not all Fed officials share this kind of outlook: Esther George, Kansas City Fed President, told the WSJ, “I have not in my 40 years with the Fed seen a time of this kind of tightening that you didn’t get some painful outcomes.”

Some Fed officials have gone on record in support of an easing to a 0.50% increase at December’s FOMC meeting, but there is unified caution — no matter the outlook — on the Fed ceasing rate hikes too soon.

“For me, the more important question for this committee, looking out over next year, is being careful not to stop too soon,” George said. “This was the lesson of the 1970s and ’80s, is thinking, ‘Oh, we’ve got it now, we can stop,’ and then you find that inflation really reemerges in some way.”

The Shorts Can Ride Out Fed Aggression

Managed futures have been a popular go-to this year for hedging portfolios against volatility as well as providing strong performance. Because they invest in the futures market, they can provide a non-correlated return stream from stocks and bonds for portfolios.

“When rates are higher, 60/40 stops working as stocks and bonds tend to move up and down together. This means investors need strategies, like managed futures, that can go short when necessary,” explained Andrew Beer, co-portfolio mananger of the iMGP DBi Managed Futures Strategy ETF (DBMF) and managing member of Dynamic Beta investments, in a communication to VettaFi.

Any advisor can invest directly in a stock or bond, expressing a long position in that security, but managed futures are particularly appealing for their ability to take short positions on a range of asset classes. What’s more, because they invest based on how assets are actually trending, they respond dynamically to changing market positions and capitalize on dislocations and volatility. Their ability to be short on Treasuries as well as other asset classes that are negatively impacted by Fed aggression makes them an appealing investment heading into 2023.

That ability has been a boon this year when volatility has been pronounced and drawn out. The iMGP DBi Managed Futures Strategy ETF (DBMF) has been a strong performer and immensely popular choice for advisors and investors alike in the challenging environment of 2022.

“While recent market volatility has caused CTAs to dial back some risk, we believe they still are positioned for higher rates and more market turmoil,” said Beer.

Recent position changes in DBMF currently have the fund now short crude oil and long the yen and EAFE equities, with shorts on the remaining currencies it is invested in, as well as short Treasuries and commodities as of 11/17/22.

The position that the fund takes within domestically managed futures and forward contracts is determined by the Dynamic Beta Engine which analyzes the trailing 60-day performance of CTA hedge funds and then determines a portfolio of liquid contracts that would mimic the hedge funds’ averaged performance (not the positions).