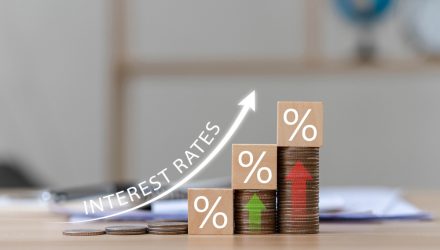 The odds of a 0.75% interest rate hike from the Federal Reserve meeting tomorrow are all but cemented according to analysts. Markets remain leery of what the guidance coming from the Fed might be as the central bank officially moves into a restrictive monetary policy. The market downturn has extended through trading on Tuesday as uncertainty continues to drive volatility.

All attention will be on the guidance coming from Federal Reserve Chair Jerome Powell after the Federal Open Market Committee meeting on Wednesday.

“It’s not what they do, it’s what they say. This is our first actual tightening road map. We had theoretical road maps up until now, but from the Fed’s point of view, they’re crossing into a world of tightening. That’s an important thing,” Diane Swonk, chief economist at KPMG, told CNBC.

August’s higher CPI report alongside the resiliency of the jobs market has led analysts and economists to raise the terminal rate for the rate hikes to 4.5% by April, a 0.5% increase from expectations before the August inflation report. The current range is 2.25%-2.50%, which the Fed deems as neutral territory. This month’s rate hike will officially shift into restrictive territory.

“We will be moving into no man’s land,” Swonk said. “We actually haven’t tightened policy to fight inflation since the early 1980s. Their goal is for a prolonged slowdown that grinds inflation slowly down and only gradually increases the unemployment rate. Whether they get there is another issue.”

Investing for Volatility With Managed Futures

The Fed has indicated that it will need to see strong, consecutive signals that inflation is falling before it will be willing to back off from interest rate increases. Volatility is expected to continue as the labor market remains strong while growth drops off.

Investors looking for a fund that has performed well during volatility should consider the iMGP DBi Managed Futures Strategy ETF (DBMF), a managed futures fund designed to capture performance no matter how equity markets are moving. The fund seeks long-term capital appreciation by investing in some of the most liquid U.S.-based futures contracts in a strategy utilized by hedge funds and has nearly $750 million in AUM. 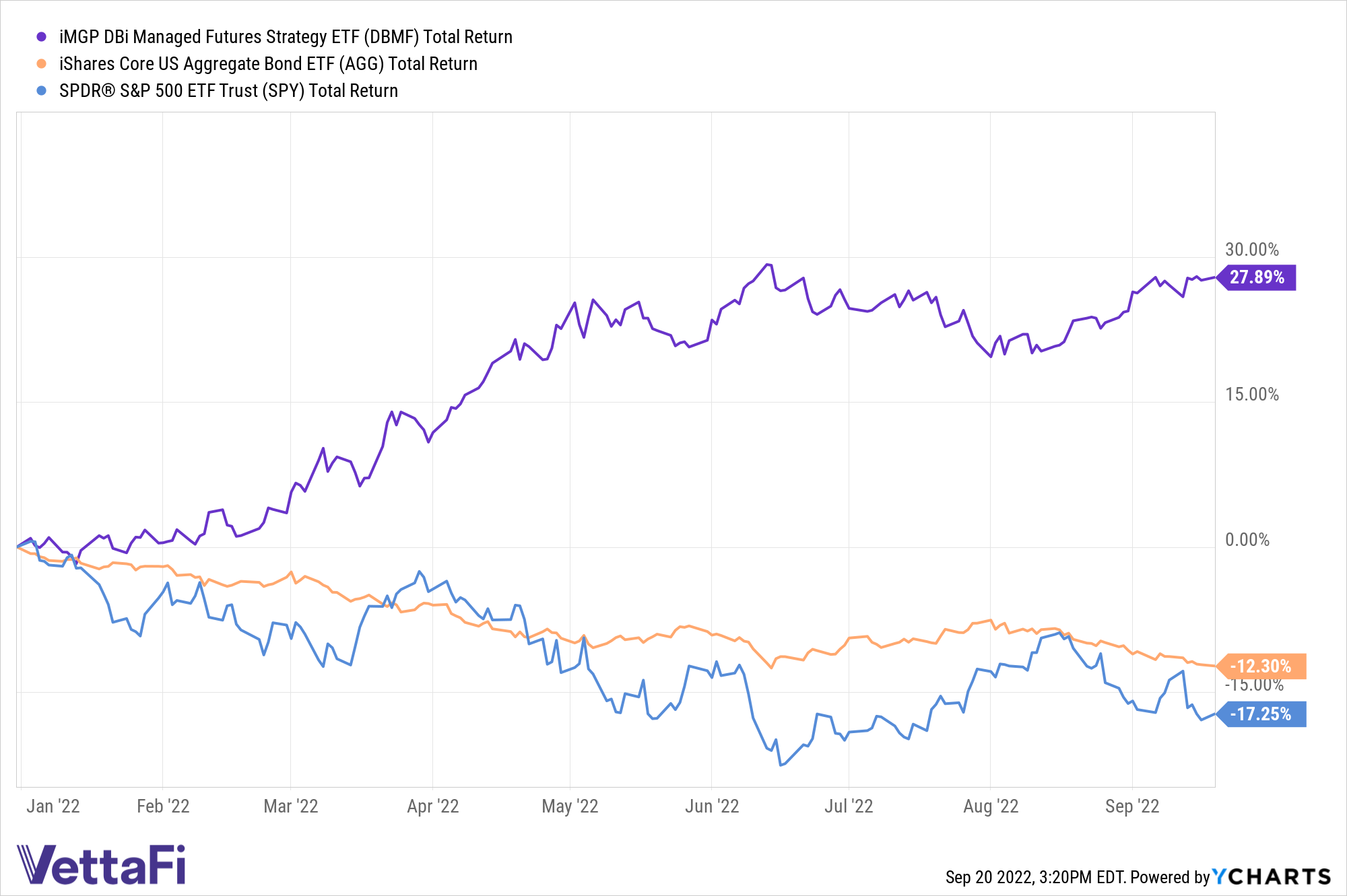 DBMF allows for the diversification of portfolios across asset classes that are uncorrelated to traditional equities or bonds. It is an actively managed fund that uses long and short positions within derivatives, mostly futures contracts, and forward contracts. These contracts span domestic equities, fixed income, currencies, and commodities (via its Cayman Islands subsidiary).

The position that the fund takes within domestic managed futures and forward contracts is determined by the Dynamic Beta Engine. This proprietary, quantitative model attempts to ascertain how the largest commodity-trading advisor hedge funds have their allocations. It does so by analyzing the trailing 60-day performance of CTA hedge funds and then determining a portfolio of liquid contracts that would mimic the hedge funds’ performance (not the positions).