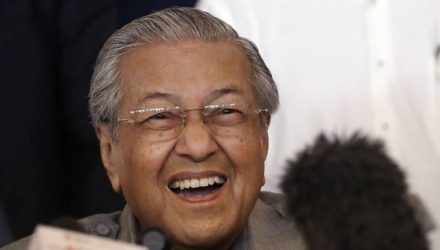 Malaysian equities have been on a wild ride, with the Malaysia ETF surging on Monday after the opposition party surprised observers by winning the office for the first time in six decades.

However, the markets were assuaged by prime minister of Malaysia, Mahathir’s first remarks that revealed his stance for a business-friendly administration and search for ways to boost the nation’s equity market. For instance, Mahathir’s coalition pledged to abolish the country’s current goods and services tax, along with fuel subsidies and minimum wage realignment.

Mahathir Could Benefit the Consumer Sector