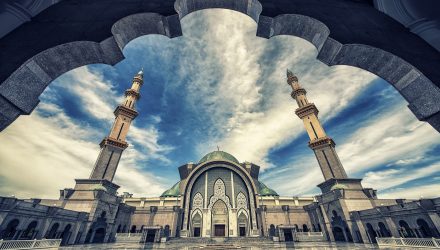 The iShares MSCI Malaysia ETF (NYSEArca: EWM) experienced some volatility last week, plunging immediately following Prime Minister Mahathir Mohamad’s surprise win in a recent election there. The lone US-listed exchange traded fund dedicated to Malaysian equities would rebound later in the week, but still finished the week with a loss of over 5%.

Some ratings agencies are forecasting policy changes in the wake of the surprise election result.

“The surprise victory of the opposition Pakatan Harapan (PH) coalition in Malaysia’s general elections held on 9 May means a much higher likelihood of fiscal and economic policy change,” says Fitch Ratings. “The PH won 113 of 222 parliamentary seats, resulting in Malaysia’s first electoral transfer of power since independence in 1957.”

What’s Next for Malaysia ETF

Mahathir, who previously served as prime minister for 22 years ending in 2003, said he’s seeking an active stock market and an increased overall market capitalization, adding there shouldn’t be any need to devalue the Malaysian ringgit currency. Even with Friday’s modest recovery, EWM closed last week below its 200-day moving average.

“Fitch affirmed Malaysia’s ‘A-‘ rating with a Stable Outlook on 28 March, noting that the election result was unlikely to lead to significant economic policy shift,” said the ratings agency. “The extent to which the new government’s agenda will shift major policy is uncertain, but the PH victory and its policy platform indicate a much greater potential for change. In the meantime, Fitch will monitor the new government’s policy agenda as it evolves.”