You are at:Home»Investing»Making the Case for Investing in Internet Giants 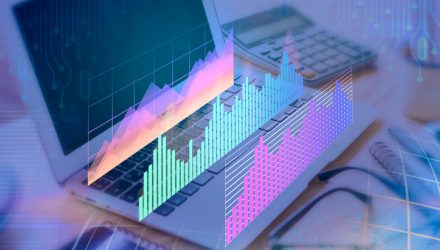 Making the Case for Investing in Internet Giants

Internet and e-commerce mega trends could impact the way consumers and companies conduct businesses, communicate and view entertainment, opening up an opportunity for ETFs to tap into a booming new industry in a digital age.

According to a recent O’Shares ETF Investments research paper, Investing in Internet and E-Commerce, developed countries are nearing internet adoption saturation. North America and Europe account for roughly 15% of the world’s population and are nearing full adoption at 89% and 88%, respectively. Asia and Africa on the other hand, have populations exceeding 4 billion and 1 billion, respectively, accounting for over 70% of the world’s population but have much lower adoption rates. Just over half of Asia is online and that proportion drops to ~40% for Africa.

“As Internet adoption rates in Asia and Africa converge with developed markets, growth in Internet and e-commerce will likely follow suit,” according to O’Shares.

Internet/Digital Technology, e-commerce and social media have changed the way people communicate, shop for clothes and groceries as well as consume news and entertainment.

Companies looking to advertise their products have recognized this secular shift and it is estimated that digital advertising in the U.S. will surpass all traditional forms for the first time in 2019, says O’Shares, adding that digital advertisements in the U.S. are estimated to reach nearly $130 billion in 2019 and surpass TV, radio and print combined for the first time. Representing less than half the of the market in 2018, they are estimated to grow nearly 60% to $172 billion by 2021 and make up over 60% of the U.S. Ad market.

“Secular trends in social media, digital advertising, digital entertainment and cloud have been a catalyst for growth in Internet and e-commerce companies,” according to O’Shares. “The number of people using social media to stay connected continues to grow. Companies have moved from traditional advertising in favor of digital methods. Video games, video-on-demand, music streaming and e-publishing have continued to underpin the growth of digital entertainment companies. Finally, ‘cloud’ has rendered conventional data warehouses virtually obsolete. These are just some of the many secular trends that drive Internet and e-commerce ‘Mega Trends.'”

As a way to ride this new mega trend, investors can look to a fund like the O’Shares Global Internet Giants ETF (OGIG). OGIG is a rules-based ETF designed to provide investors with the means to invest in some of the largest global companies that derive most of their revenue from the Internet and e-commerce sectors that exhibit quality and growth potential.

Some of OGIG’s top portfolio holdings include companies such as Alibaba, Amazon, Facebook, and Alphabet. Also amongst the index’s holdings are Chinese tech companies like YY, Baidu, and JD. For long-term investors, OGIG’s exposure to ex-US e-commerce and Internet companies is relevant and important.