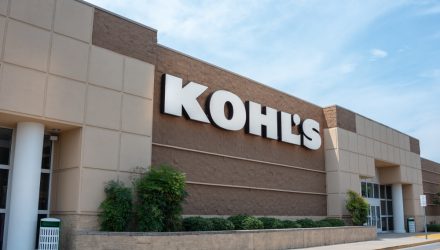 Macy’s on Thursday revealed fiscal second quarter profit and revenue that beat analyst estimates on increased foot traffic as vaccination efforts helped bring customers back out and about. The department store chain also raised its outlook for 2021, heading into the back half of the year, CNBC reports.

Despite the uncertainty from the ongoing developments in the Covid-19 pandemic, Macy’s said its turnaround strategy is bringing in new shoppers. CEO Jeff Gennette also highlighted that the momentum in the first quarter continued into the second quarter as more younger customers returned to shop in its department stores.

Macy’s shares may have also be strengthening after the company announced it brought back its dividend and the board approved $500 million in stock buybacks.

Additionally, Kohl’s showed fiscal second quarter earnings that beat projections and also raised its forecast for the year. Kohl’s raised its net sales outlook for the year and expects sales to expand at a low 20s percentage, upwardly revised from the mid-to-high teens, CNBC reports.

“Based on our results, we are raising our full year 2021 guidance, which positions us to achieve many of our 2023 strategic goals this year, well ahead of our plan,” CEO Michelle Gass said in a press release.

“Digital sales remain strong and increased 35% compared to the same period in 2019,” Gass said during the company’s earnings call.