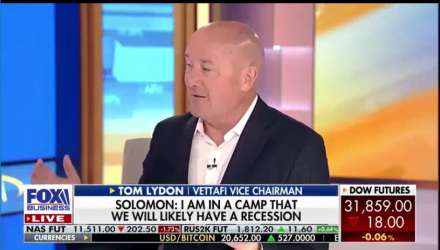 Lydon Tackles Small-Caps and More on “Mornings With Maria”

VettaFi vice chairman Tom Lydon appeared on Fox Business’s “Mornings With Maria” along with Payne Capital Management president Ryan Payne and host Maria Bartiromo to discuss the state of the markets as earnings reports roll in and the opportunities available in small-caps.

Payne thinks that tech is a “victim of their own success.” With exceptional growth during the pandemic, tech companies like IBM were bound to see some drawdown. Bartiromo replied that Google has seen its fifth straight quarter of slowing revenue, largely due to a loss of ad revenue. Microsoft also saw its slowest revenue growth in five years. As a counterpoint to tech, Payne noted that the global equity marketplace has incredible valuations, with Mercedes-Benz as a prime example.

Recession remains top of mind for many investors, with Goldman Sachs CEO David Solomon predicting a recession in the U.S. and Europe. Lydon noted that “one out of every two Americans are thinking about getting second jobs, and many of them already have that.”

Despite global inflation and a potential recession continuing to weigh down on the markets, Lydon does see some investment opportunities. “Peter Lynch said, ‘Never let a bear market go to waste.’ There’s some huge opportunities in small-caps,” Lydon noted. Small-caps in the U.S. are well positioned to take advantage of the strong dollar. Additionally, Lydon concurred with Payne about opportunities outside the U.S., noting “generation opportunities in emerging markets.” Lydon said, “We’re not going to see this three years from now.”

Bartiromo saw danger in putting a portfolio’s fate in the hands of China, but Lydon noted that companies are going to continue to develop online purchasing around the world. Lydon said, “They’re going to continue to promote consumer technology across the board, and that’s across the world.” Chinese President Xi Jinping is not likely to interfere with the growth potential inherent to consumer tech. Payne agreed, pointing to recent developments being a good sign that China would “play ball.” 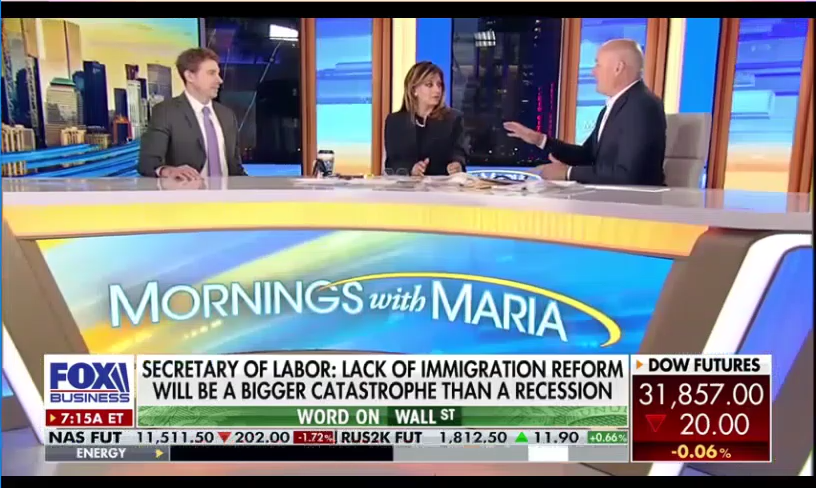