You are at:Home»Video»Lydon on ‘Mornings With Maria’: Why Investors Should Look Outside the U.S. 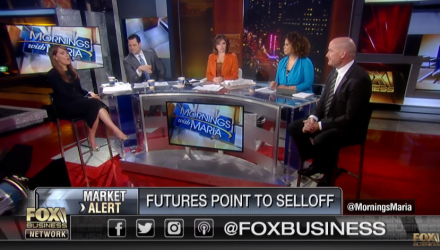 Lydon on ‘Mornings With Maria’: Why Investors Should Look Outside the U.S.

ETF Trends publisher Tom Lydon appeared on Fox Business Network’s ‘Mornings With Maria’ on Tuesday to discuss the state of the markets and investing opportunities outside the U.S.

Lydon was joined on a panel featuring host Maria Bartiromo as well as Dagen McDowell, Brian Brenber and Amy Holmes.

Lydon said the markets have remained healthy from a fundamentals standpoint, adding 75% of companies have beat earnings expectations.

“From a technical standpoint, markets came down to the 200-day moving average,” Lydon said. “We’ve had more than a 50% retracement. And when you look at the ETF space, we had record flows in January. And even though during that correct period, we saw about $25 billion go out, most of it was in the biggest ETF, SPY, which was about $19 billion.”