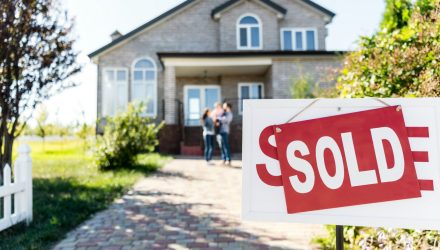 Mortgage rates declined near the end of 2018, but that didn’t necessarily translate to more home sales, according to data from the National Association of Realtors (NAR).

There were 2.2 percent fewer purchase contracts for existing homes in December, which serves as an indicator for future closings in the next one to two months. Furthermore, the NAR’s pending home sale index dropped 9.8 percent compared to a year ago.

One possible reason for the drop could have been the government shutdown, which was a 35-day long affair. However, Yun said agents were not materially affected by the impact, but another shutdown could tell a different story.

“Seventy-five percent of Realtors reported that they haven’t yet felt the impact of the government closure. However, if another government shutdown takes place, it will lead to fewer homes sold,” added Yun.

The Vanguard Real Estate ETF (NYSEArca: VNQ) rose 1 percent despite the negative news.VNQ is trading above its 200-day moving average and is up 10.6 percent year-to-date.