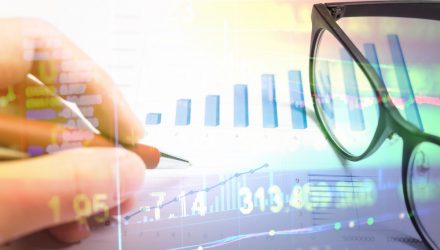 The CFRA Focus ETF for September is Vanguard Long-Term Corporate Bond ETF (VCLT). To rate fixed income ETFs, CFRA combines a review of the fund’s record and costs with an assessment of the reward and risk potential of the portfolio. VCLT tracks the Barclays US 10+Year Corporate Bond Index, which consists of investment-grade bonds issued by U.S. and international companies, such as Amazon.com, British Telecommunications, and Goldman Sachs. The ETF has $5.1 billion in assets aided by $745 million of net inflows in 2020, more than half of which came in the past month. Demand has likely been driven by investor confidence that while the U.S. economy will improve in 2021, the Federal Reserve will keep interest rates low for a long time.

In a rising rate environment, VCLT’s average duration of 14 years would be viewed as risky, but CFRA believes it provides high reward potential. On August 27, Fed Chair Jerome Powell informed investors of the Fed’s decision to refine its strategy in the war on deflation. He reminded viewers that low inflation/deflation was not good for the economy, since it becomes a self-fulfilling prophecy; if consumers anticipate a reduction in prices, they will curtail consumption. This, in turn, will result in an actual reduction in prices, causing a slowdown in economic activity. Therefore, according to CFRA’s Chief Investment Strategist Sam Stovall, Chairman Powell told us of two major adjustments to policy: (1) It will no longer “remove the punchbowl” in anticipation of a robust job market posing an inflationary risk, and (2) it will replace its rifle with a shotgun, meaning that instead of specifically aiming at the 2% inflation level, the Fed will take a broader view by targeting a range of inflation that averages 2%.

Duration is a measure of the price responsiveness of the sensitivity of assets to the changes in interest rates, expressed in years. A higher average duration, such as VCLT’s 14 years, means that a fund should increase 14% if interest rates fall 100 basis points, but also should decrease 14% if rates rise 100 basis points. For comparison, the Bloomberg Barclays Aggregate Bond Index, which is widely followed by bond investors, has duration of approximately six years. Investors should be willing to take on such greater risk when they have confidence that the Fed is keeping rates low.

The ETF takes on some credit risk, too, to generate income. According to our analysis, 48% of VCLT’s assets are in bonds rated BBB, the lowest letter grade of the investment-grade credit categories, with the remainder in higher-grade securities. While there is risk of some bond downgrades to junk status, we think the fund’s more than 2,000 bonds mitigates this risk. With the yield on the 10-year Treasury bond remaining below 1.0%, VCLT’s 3.5% 12-month yield and 2.9% 30-day SEC yields are particularly appealing.

While we caution relying too much of past performance with ETFs, VCLT has generated strong results. During the one and three years ended August, VCLT gained 8.4% and 8.8%, respectively. In contrast, Vanguard Total Bond Market Index ETF (BND 88 **), a popular core bond offering tracking the Bloomberg Barclays Aggregate bond index, rose just 6.4% and 5.1% in the same periods.

The fund’s expense ratio is extremely low, at just 0.05%. While this low fee adds to VCLT’s appeal, we note that the ETF ended August at a slight 0.34% premium to its net asset value. Unlike mutual funds, ETFs can and do trade above or below the value of the assets.

We think investors seeking stable income given how low yields are for Treasuries should consider VCLT. This five-star rated ETF provides strong reward potential with mitigated risk in the current environment. The ETF changes a modest 0.05% expense ratio and trades sufficiently to appeal to most investors. We expect demand to increase throughout 2020 and beyond.