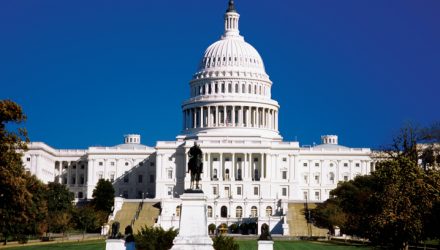 As the Trump administration nears the end of its first year in the White House, it is critical for them to pass a signature piece of legislation to campaign on during the 2018 mid-term elections.

After failing to muster a majority to pass any sort of healthcare reform, the Trump administration has set it sights on tax reform as the foundation for the GOP’s 2018 mid-term campaign.

Markets applauded the decision to move on from healthcare to tax reform, as the latter will have the greatest potential impact on economic growth and corporate earnings of any proposed legislation.

However, there may be cause for concern. All Democratic Senators are certain to vote “no,” so the GOP can only afford two defectors from their own party. Senator Paul has indicated he will vote “no,” and there are several Republican Senators who are in the “maybe” column.

This makes President Trump’s bizarre decision to pick a Twitter fight with Senator Corker, seemingly over nothing, quite puzzling. In addition to this uncertainty, there has been very little guidance on who will be nominated to replace Janet Yellen as Fed Chair on February 4th. Instead of a clear candidate to take control of the Fed, markets have had to accept a merry-go-round of front runners.

Meanwhile, in Europe, Chancellor Merkel has her hands full trying to salvage a narrow victory in September’s election by cobbling together a coalition government. Regardless of the outcome, the prospects of deeper European integration, which had propelled European markets higher this year, must be tempered. The far-right Alternative for Deutschland won seats in Parliament for the first time, and their anti-Europe voices will be heard. With a very unpredictable Italian election to be held in early 2018, Europe’s glorious summer may be replaced by a winter of discontent.

As we shift our attention to Asia, all eyes are on China’s National Congress to be held October 18th. While it is expected that Xi Jinping will remain General Secretary and head of state, five of the seven members of the Politburo Standing Committee, the country’s top leadership committee, will have reached the age of 68 and will be required to retire. This is an enormous shift in leadership and gives Xi Jinping the opportunity to influence the promotion to the Standing Committee leaders who support his vision of China’s future, especially his One Belt One Road initiative, which will be a central focus for at least the next five years.

Despite these near-term risk factors and uncertainties, global credit conditions remain broadly supportive of equity markets. While the Fed has tightened policy to some extent, it remains accommodative, and will for at least another year.

Furthermore, global economic growth has accelerated, particularly in Europe and emerging markets. This has driven a reacceleration in earnings growth, which had stalled in 2015 and 2016, enabling further appreciation in global equity prices. So, while we remain cautious of increased volatility in the near-term, we expect underlying conditions to be supportive of equity markets at least into the first half of 2018.