You are at:Home»Investing»Low Supply a Catalyst for Junk Bond ETFs 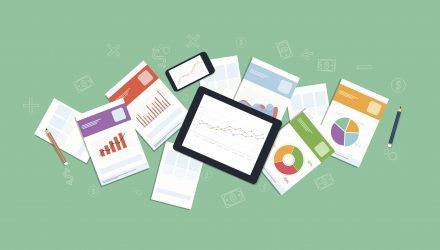 Broadly speaking, 2018 has been a trying year for fixed income investors. The Bloomberg Barclays US Aggregate Bond Index, one of the most widely followed bond benchmarks, is lower by 1.5% year-to-date, but some corners of the fixed income space are delivering solid performances.

While a strong U.S. economy and lower default rates are seen as catalysts for high-yield corporates, dwindling issuance is another issue to consider.

“Second-quarter issuance slumped to the lowest level since 2010, at just $47.4 billion, while this month is just about the slowest July since 2008. Borrowing has been below the five-year average in each month since February,” reports Bloomberg.

What’s Next for Bond ETFs?

HYG has an effective duration of 3.75 years. Duration measures a bond’s sensitivity to changes in interest rates. The Federal Reserve has boosted interest rates twice this year and some bond market observers believe two more rate hikes are in the offing before the end of 2018. Some market observers are speculating that the shortfall in supply is the primary reason junk bonds and the related ETFs are firm this year.

“The 1 percent gain in July is nice, but it’s still the smallest for the month since 2015. Simply put, it’s hard to make a case that high-yield bonds would be a top performer without the supply shortfall holding them up,” according to Bloomberg.