You are at:Home»Equity ETFs»Looking to China ETFs as Communist Party Congress Begins 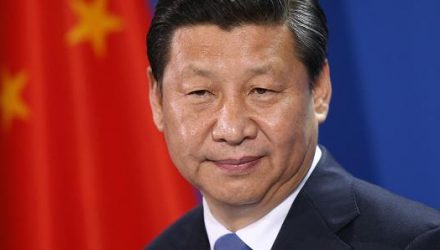 China’s 19th Party Congress begins today and could prove meaningful for ETFs dedicated to stocks in the world’s second-largest economy.

Chinese President Xi Jinping is expected to direct a precisely choreographed political reshuffling in the twice-a-decade Communist Party congress, which would provide Xi greater sway to plot the course of the country’s next five-years and speed up key initiatives. However, some are concerned that the initial zeal from the shakeup may eventually wane.

“China’s 19th Party Congress is an opportunity for the leadership to signal a shift in policy priorities towards structural reform and could be a platform for stronger implementation of President Xi Jinping’s agenda if, as is widely expected, he consolidates his power,” said Fitch Ratings. “However, the most likely outcome is a status quo scenario, characterised by continued adherence to high growth targets and only gradual steps on supply-side reforms to boost productivity and stabilise debt levels.”

According to the BlackRock GPS gauge, BlackRock strategists argue that there is only moderate cooling for potential upside in China’s composite PMI in the coming months, which run counter to many expectations of a so-called hard landing.

The recent slowdown may be attributed to expiring tax rebates that bolstered auto sales in 2016, but overall consumption has held up. A crackdown on financial leverage could limit spending by state-owned enterprises in the second half, but BlackRock believes it won’t hurt the private sector.