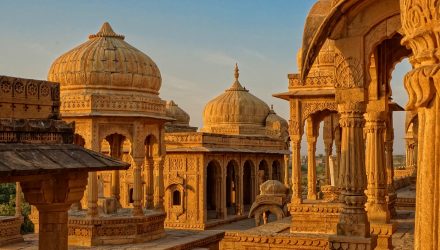 EMB is a cap-weighted fund while PCY uses an equal-weight methodology.

“As of the end of 2017, EMB and PCY had trailing five-year annualized returns of 3.60% and 3.69%, respectively,” said Morningstar. “These numbers put both of them squarely in the middle of their category. Their Sharpe ratios for the same period were on par with the category average. Given their middling absolute and risk-adjust­ed performance, we have assigned both funds Neutral Performance Pillar ratings as of our most recent review.”

EMB charges 0.4% per year while PCY charges 0.5%, but both are among the least expensive emerging markets bond funds on the market.