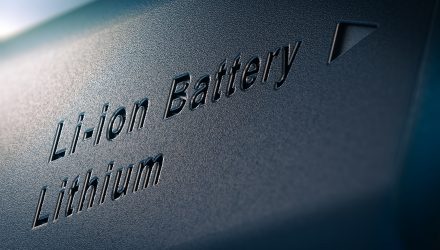 Looking At the Lithium ETF…Again

The Global X Lithium & Battery Tech ETF (NYSEARCA: LIT) was a star in 2017, surging more than 59% on its way to one of the best performances by any non-leveraged ETF. This year, things have been different for the lithium fund as it is down nearly 14% year-to-date. Some market observers are offering differing views on lithium, the main component in the batteries powering electric vehicles.

“A month ago Morgan Stanley sent shares of lithium producers and explorers tumbling after the investment bank forecast growing surplus in the market starting as soon as now, resulting in forecast prices halving from today’s levels,” reports Frik Els for Mining.com.

With the economy recovery maturing, the materials sector, which is closely tied to the prices of raw materials, have traditionally done well as inflation rises and late-cycle economic expansions help support demand. With more lithium battery factories coming online, production of the metal could triple over the next five years.