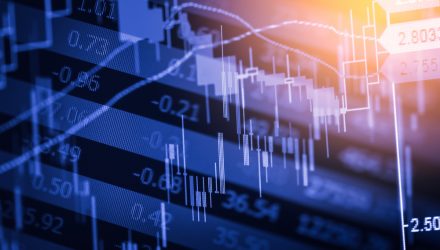 Look to Energy ETFs to Play the “Re-Booming” Oil Industry

As the U.S. opens back up the oil spigot, investors should take a look at exchange traded funds that provide exposure to the ramp up in the energy sector.

Research and data analysis firm Lium LLC argued that oil output in the U.S. shale patch is “re-booming” this year, projecting that production will surge by over 1 million barrels a day, one of the most bullish industry forecasts to date, Bloomberg reports.

ConocoPhillips has also predicted that output could grow as much as 900,000 barrels a day this year.

In comparison, the Energy Information Administration has estimated that the U.S. will end 2022 at a more modest 630,000 barrels a day more than January levels.

“Field level datapoints in recent weeks have highlighted a surge in frac activity, which we believe will translate into a production inflection by mid-year,” Lium wrote in a research note. “The industry is finding (and we think will continue to find) a way to put plenty of service activity into the field.”

Lium analysts argued that private operators, which make up over a third of U.S. output, could experience a “re-boom” over the next six months as more drillers get ready to complete wells, while major oil companies, which account for another 18% of production, have already begun expanding production, especially after Washington urged companies to increase production to bring down crude oil prices.

For example, Exxon Mobil Corp. revealed plans to raise output by 25% this year in the Permian Basin, the biggest U.S. oil-producing region. Chevron Corp. also previously announced it will increase its own Permian supplies by 10% from an even larger production base.