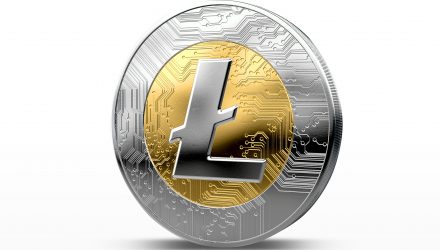 Ready to learn about our Litecoin price prediction 2018? Litecoin is similar to Bitcoin in many ways, but it is quicker and cheaper. The same open source cryptographic protocol upon which Bitcoin was built was adopted by Charlie Lee, a former Google engineer, to build Litecoin.

And while Bitcoin has soared and crashed often and grabbed media headlines in the process, Litecoin did not gain as much notoriety despite its rollercoaster price swings.

Nevertheless, it was adopted by Coinbase, a leading digital currency exchange, as one of just a few cryptocurrencies available for purchase and sale by the general public.

So, if Litecoin can be easily bought and sold by the general public and is faster and cheaper than Bitcoin, how will this affect its price? We examine Litecoin price predictions to see where it may be headed next.

How Many Litecoins Will Exist?

Every 4 years, the release of Litecoins halves, reaching a final total of 84 millions coins.

By contrast, Bitcoin has a finite supply of just 21 million coins, which should all be mined by 2040.

Research from Chainalysis has reported that as many as 3.79 million Bitcoins may already be lost forever.

The results are based on empirical data from blockchain analysis in which all Bitcoin transactions are recorded.

The “lost” Bitcoins are a result of strategic investors holding and not selling the coins, original coins (nicknamed “satoshi coins” after Bitcoin founder Satoshi Nakamoto) and out of circulation coins (known as “hodlers”):

Chainalysis is no ordinary data analysis company. They have been so successful at studying blockchain wallets that they count Europol and Uncle Sam as clients.

They have discovered that wallets associated with Bitcoin founder, Satoshi Nakamoto, hold about 1 million Bitcoins. And they assume these coins are gone forever, which may prove inaccurate over time. Chainalysis is no ordinary data analysis company. They have been so successful at studying blockchain wallets that they count Europol and Uncle Sam as clients.

The reason it is important to know how many Bitcoins have been “lost” is because it provides a better insight into the true market capitalization of the cryptocurrency.

The market cap is the market price of the cryptocurrency multiplied by the existing number of coins.

And it’s valuable to know how many Bitcoins Satoshi Nakamoto has because if he decides to sell at some point in the future, the price of Bitcoin could plummet.

In fact, in December 2017, Litecoin founder Charlie Lee did precisely that. He announced on Twitter that he had sold his entire stake of Litecoins (LTC).

And while he defended his decision and claimed to still have full confidence in the cryptocurrency, the obvious interpretation is that when the founder sells his entire holdings, the coins may be overvalued.

But is there any way to come up with a price prediction for Litecoin?

Cryptocurrency skeptics argue that digital assets are not backed by any tangible asset like gold.

Proponents counter-argue that the U.S. dollar is backed by nothing more than the faith and credit of the U.S. government.

The reality is if a network of individuals have confidence in the future use of a cryptocurrency, it has the value ascribed to it.

By using that logic, a market capitalization analysis can be conducted. The market cap of Litecoin can be compared with the “market cap” of other world currencies to analyze its share of market.

If the price point of Litecoin is $300 and the supply of Litecoins in existence is 55 million coins, then the market capitalization would be equal to $16.5 billion.

We know that the total number of Litecoins to be issued over time is 84 million, and at the same price point of $300 the Litecoin market capitalization would be $25.2 billion.

Cryptocurrency critics argue that virtual coins are used by the same people who use cash to exchange goods and services. If we assume that is true for a moment then the we can compare the market capitalization of Litecoins to the number of U.S. dollar bills in circulation (as well as other paper currencies).

It is estimated that 1.2 Trillion of U.S. dollar bills are floating around the world. So a $25.2 billion market capitalization of Litecoins would represent 2.1% of U.S. dollar notes and coins.

When you factor in other fiat currencies that percentage drops significantly. However, Litecoin is just one of many cryptocurrencies in existence.

By late 2017, the total market capitalization of all cryptocurrencies had risen to over $600 billion, approximately 50% of the value of all U.S. dollar notes and bills in circulation.

The total money supply is about 10 times greater than the supply of notes and bills in existence. So the market cap of cryptocurrencies is just 5% of total U.S. money supply by that definition.