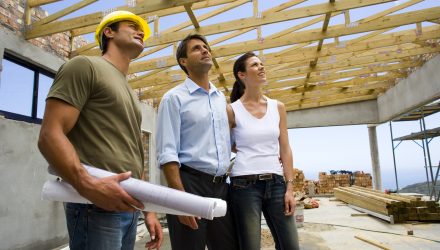 Leveraging up the Homebuilders ETF Trade

Those six stocks combine for about half the weight of the index NAIL tries to deliver triple the daily returns of.

Some investors believe President Trump will follow through on campaign promises to reduce corporate taxes, cut back on regulations and throw billions of dollars into the U.S. economy. However, the expansionary rhetoric has caused the Federal Reserve to tighten its monetary policy, which could push up mortgage rates.

“There has also been strong economic data post-hurricane season. The Census Bureau reported that U.S. housing starts for Oct. came in at 1.29 million, higher than the 1.185 million economists had expected. It was also a sharp increase from the 1.135 million housing starts in September, though that was likely due to the impact of several damaging hurricanes to the southeast,” according to Direxion.