You are at:Home»Leveraged & Inverse Channel»Yield Curve Inversion a ‘Problem for Everything,’ Epstein Says 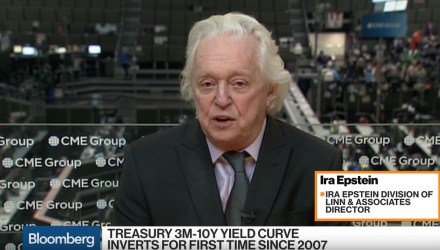 Yield Curve Inversion a ‘Problem for Everything,’ Epstein Says

In the video below, in “Futures In Focus,” Ira Epstein of the Ira Epstein Division of Linn & Associates discusses the inversion of the 3-month and 10-year yield curve. He speaks with Bloomberg’s Vonnie Quinn on “Bloomberg Markets.”