You are at:Home»Leveraged & Inverse Channel»Worried That This Is the Calm Before the Storm? Consider These ETF Hedges 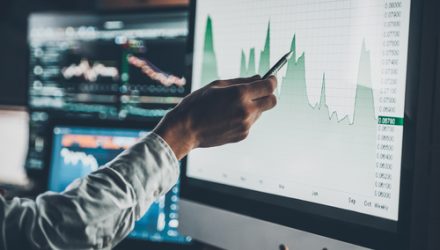 Worried That This Is the Calm Before the Storm? Consider These ETF Hedges

U.S. markets are in one of their longest stretches without a single one percent daily move, reflecting a calm and extend rally, but those who are wary of growing complacency can turn to alternative exchange traded funds that hedge against potential risks.

Observers have pointed to the initial U.S.-China trade deal and lower interest rates around the globe as major factors that have eased prior fears of an economic recession.

Meanwhile, the markets have maintained their momentum to start the year and continued to push to new records, shaking off geopolitical risks in the Middle East, lukewarm earnings and weak manufacturing activity.

“Right now it’s very, very tough to fight this trend,” Yousef Abbasi, global market strategist at INTL FCStone, told the WSJ. “There’s a reinvigoration in the idea that we will see better growth.”

However, some are worried about the eventual return of volatility, which could quickly cause unwinding bets on riskier investments and trigger a market sell-off. Such a sudden one-eighty has occurred before during the last two times stocks went this long without a large move in 2018. After both prior quiet stretches, the S&P 500 plunged into correction territory.

Both of selloffs were exacerbated by big bets in volatility, which some warned could happen again. The Cboe Volatility Index, or VIX, which measures expected swings in the S&P 500, is down 33% in the past 12 months and is now hovering around a low 12.3 reading. The Wall Street “fear gauge” is now trading around 26% below its 10-year average level and 57% below its 20-year average.

ETF traders who are looking to protect their portfolios from potential pullbacks in the current market rally may consider some exposure to bearish or inverse ETFs to hedge against further falls.

For instance, investors have turned to volatility exposure to hedge risks, such as the iPath Series B S&P 500 VIX Short Term Futures ETN (VXX), ProShares VIX Short-Term Futures ETF (VIXY) and VelocityShares Daily Long VIX Short-Term ETN (VIIX). Volatility typically rises when stocks pullback, so owning volatility is seen as a type of market insurance. The VIX is a widely observed indicator for investor sentiment in the stock market and measures the expected or implied volatility of large-cap stock options traded on the S&P 500 index. ETFs that track VIX futures allow investors to profit during rising volatility or hedge against short-term turns.