You are at:Home»Leveraged & Inverse Channel»Will the Deficit and Deglobalization Crush the U.S. Dollar? 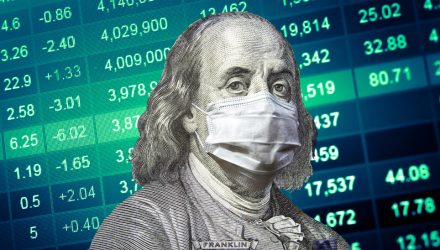 Will the Deficit and Deglobalization Crush the U.S. Dollar?

Will a post-pandemic world not be conducive to the U.S. dollar? With trillions of dollars necessary to fight the coronavirus pandemic coupled with deglobalization, the greenback has major headwinds that are forthcoming.

“The US economy has been afflicted with some significant macro imbalances for a long time, namely a very low domestic savings rate and a chronic current account deficit,” said Stephen Roach, former chairman at Morgan Stanley Asia, in a Business Insider article. “These problems are going to go from bad to worse as we blow out the fiscal deficit in the years ahead.”

Investors who want to go short on the dollar can look at the Invesco DB US Dollar Index Bearish Fund (UDN). UDN seeks to track the changes, whether positive or negative, in the level of the Deutsche Bank Short US Dollar Index Futures Index.

The index reflects the changes in market value over time, whether positive or negative, of a short position in the DX Contract which expires during the months of March, June, September and December. The fund seeks to track the index by establishing short positions in DX Contracts. DX Contracts are linked to the six underlying currencies, or the index currencies, of the U.S. Dollar index (USDX®), or the USDX®. The index currencies are Euro, Japanese Yen, British Pound, Canadian Dollar, Swedish Krona and Swiss Franc.

Investors who want to take a contrarian view on a weakening U.S. dollar can look at greenback strength via the Invesco DB US Dollar Bullish (NYSEArca: UUP) or the WisdomTree Bloomberg U.S. Dollar Bullish Fund (NYSEArca: USDU). UUP tracks the price movement of the U.S. dollar against a basket of currencies, including the euro, Japanese yen, British pound, Canadian dollar, Swedish krona, and Swiss franc.