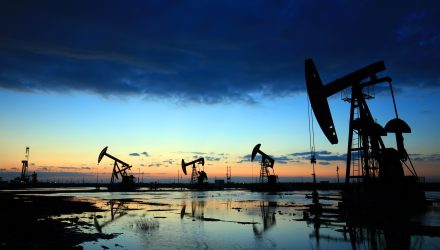 Will Oversupply Cause Oil to Continue to Underperform?

In the last 10 years, the U.S. has been ramping up its oil production exponentially and its ready to produce even more, which could cause oil prices to underperform. Of course, the drop in prices could set up trades in leveraged oil exchange-traded funds (ETFs).

Per a report by CNBC, “In the last decade, the U.S. has more than doubled oil production to 12.3 million barrels a day, making it the world’s largest producer. But the infrastructure needed to transport that crude out of Texas oil fields and onto the world market has been lacking.”

Enter the Plains All American Pipeline’s Cactus II, a 670,000 barrel a day pipeline that could pump even more oil to a market that could be in the doldrums due to a protracted U.S.-China trade war. The though is that a trade war between the two largest economies could tamp down demand for the commodity.

The Plains All American Pipeline’s Cactus II pipeline could exacerbate supply levels to the point of glut hurting oil prices.

With enough oil supply, it’s a matter of whether there is global demand for it.

“Until now, it’s been an issue of getting oil from the Permian down to the Gulf Coast. Now it’s going to be getting out of the Gulf Coast to the world market,” said Francisco Blanch, head of Bank of America commodities and derivatives research. “The ability to move all that oil is going to improve over the course of the next 18 months.”