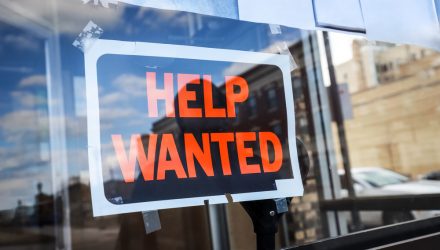 Will a Retail Labor Shortage Boost This Leveraged ETF?

The retail sector is experiencing a labor shortage and the Direxion Daily Retail Bull 3X ETF (RETL) is up close to 150% for the year.

There are a number of jobs available in the U.S., but not enough workers to fill them. Competition for talent in the retail sector could boost RETL, especially just ahead of the back-to-school rush and holiday shopping.

Per a CNBC report, the number of jobs “in the U.S. hit a record of more than 10 million in June. Quit rates have grown the fastest among industries often associated with lower pay, led by the leisure and hospitality industry and followed by manufacturing and retail trade, according to Indeed’s analysis of Bureau of Labor Statistics data.”

“We’re in a situation where the bargaining power and the labor market has shifted toward job seekers, especially in recent months,” said Nick Bunker, economic research director for North America at the Indeed Hiring Lab.

RETL seeks daily investment results of 300% of the daily performance of the S&P Retail Select Industry Index. With its triple leverage, RETL gives investors the ability to:

From a technical standpoint, RETL is trading right around its 50-day moving average while above the longer-term, 200-day moving average. Using the relative strength index (RSI) to gauge momentum, it’s right between overbought and oversold levels, indicating a potential consolidation of prices ahead.

In the meantime, retailers are trying to raise pay in order to entice workers. However, competition could create a price war for talent, with the highest bidder possibly winning in the end—at least on paper.

“For many low-wage workers, the tighter labor market means that the tables have turned with employers,” the CNBC report said. “Companies’ desire to quickly fill job openings has taken on more urgency, as retailers gear up for the holiday season and restaurants race to make up for months when they had to temporarily shutter or they saw sales crater. That has meant bigger paydays and perks for employees.”

“Yet for some retail workers, the higher wages and perks feel both overdue and not enough,” the report added.