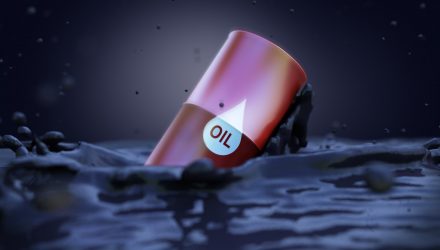 Why Oil ETFs Could Rally to Start 2019

The United States Oil Fund (NYSEArca: USO) , which tracks West Texas Intermediate crude oil futures, was pummeled in the fourth quarter. The benchmark oil exchange traded product slid 37.76% in the last three months of 2018 on its way to a yearly loss of 19.57%.

Still, some market observers see upside potential for oil to start the new year and some of that bull thesis lies with OPEC.

“To start with, the OPEC+ cuts take effect at the start of January, and in reality, even if the group does not reach the promised 1.2 million barrels per day (mb/d) right away this week (it surely won’t), the reductions have been likely underway for some weeks,” reports OilPrice.com. “By some counts, OPEC production fell more than 800,000 bpd in December, most of which came from Saudi Arabia.”

Late in 2018, crude was also caught up on the general risk-off market sentiment as the U.S. government shutdown, rising interest rates and the trade war between the U.S. and China rocked the markets and exacerbated concerns over global growth.