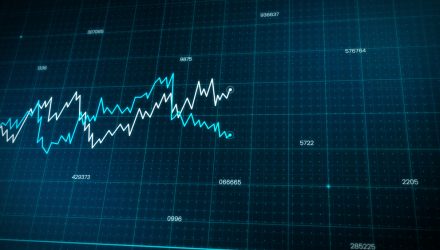 Where Will Competition in Big Tech Lead Investors?

Healthy competition can be a good thing, and that also rings true amongst big tech firms—fuel for a trading opportunity in the Direxion Daily Dow Jones Internet Bull 3X Shares (WEBL).

The growing importance of cloud computing prowess is already sparking legal battles between two of the biggest and brightest in tech.

Amazon versus Microsoft has been an ongoing battle as both vie for position as top dog in the ever-growing cloud computing industry. As those two duke it out, traders can seize opportunities for growth in WEBL.

Amazon is also WEBL’s biggest holding, so any advancements to improve or scale is cloud computing business  further is a win-win for the triple-leveraged fund. WEBL seeks daily investment results equal to 300% of the daily performance of the Dow Jones Internet Composite Index.

ETF traders looking for a specific play to leverage a drop-off in cloud computing can look to the Direxion Daily Cloud Computing Bear 2X Shares (CLDL).

CLDL seeks 200% of the inverse (or opposite) of the daily performance of the Indxx USA Cloud Computing Index. The fund, under normal circumstances, invests in swap agreements, futures contracts, short positions, or other financial instruments that, in combination, provide inverse (opposite) or short leveraged exposure to the index equal to at least 80% of the fund’s net assets (plus borrowing for investment purposes).