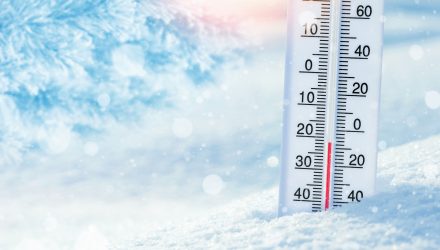 Warmer Climate Could Leave Natural Gas Traders in the Cold

Warmer-than-expected climate for the U.S. is certainly not what natural gas traders want to hear when it comes to future weather forecasts, which could leave them in the cold if they’re erring on the bullish side of the trade.

“In its midday Friday run, the Global Forecast System (GFS) moved decidedly lower, shedding a “hefty” 30 heating degree days (HDD) from its forecast. The American GFS still advertises a strong cold shot into the northern United States for the middle of the week, but it locked onto a milder break for December 13-15 and also wasn’t as cold across the northern United States December 17-20,” NatGasWeather said, according to an FX Empire report on natural gas.

“It’s still chilly December 17-19 with above-normal HDDs, just not nearly as ominous.” Although the models are much closer than they had been, the GFS remained “a little chillier December 15-19,” the forecaster said.

Natural gas prices responded to the downside early Monday and more bearishness could be ahead.

“Natural gas futures gapped lower early Monday, which means the weather forecasts over the weekend came in on the seasonal-to-warm side,” an FX Empire report noted. “The move wasn’t much of a surprise after the midday run of the American weather model dropped a huge amount of demand from its long-range forecast, and the late European model held firm in its milder stance. Nonetheless, there was still too much uncertainty ahead of the weekend for undercapitalized traders to take an aggressive position ahead of the new forecasts. The gap lower opening suggests some decided to chase the news lower, and some aggressive counter-trend buyers were forced to sell at sharply lower levels.”

For the bulls looking to go long, there’s the  Direxion Daily Natural Gas Related Bull 3X ETF (NYSEArca: GASL). GASL seeks daily investment results equal to 300% of the daily performance of the ISE-Revere Natural Gas IndexTM. The index is designed to take advantage of both event-driven news and long term trends in the natural gas industry.

For the bears, the Direxion Daily Natural Gas Related Bear 3X Shares (NYSEArca: GASX) should continue to appease the short side traders. GASX seeks daily investment results equal to of 300% of the inverse of the daily performance of the ISE-Revere Natural Gas IndexTM, which is designed to take advantage of both event-driven news and long term trends in the natural gas industry.