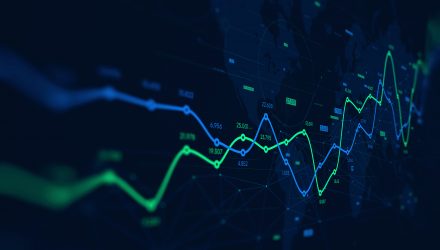 In a shortened trading week due to the Thanksgiving holiday, bond investors were thankful as Treasury yields rose this week following a fresh round of positive U.S. economic data. This sent yields higher and conversely, bond prices upward.

First, GDP grew at a 2.1% annual pace in the third quarter, which came out higher than the anticipated 1.9%. Per a MarketWatch report, the number came as a result of “mostly from upward revisions in inventories and investment in structures, the government said.”

“The increase in consumer spending, the main engine of growth, was left at 2.9%,” the report noted. “Business fixed investment was revised to show a 1% drop instead of 1.3%. The change in the value of inventories or unsold goods was raised to $79.8 billion from $69 billion. Exports rose a bit faster at 0.9% and imports advanced 0.8% instead of 0.4% as initially reported. Most other figures in the report were little changed, including inflation.”

“Meanwhile, the first estimate of corporate earnings in the third quarter showed a scant increase,” the report added. “Adjusted corporate profits before taxes edged up 0.2%. For the full year profits are basically running flat vs. 2018.”

All in all, short-term growth appears to be moving higher.

Unemployment benefit filings fell before the U.S. Thanksgiving holiday, which brought jobless claims down to their historic lows once again, which fortified a strong labor market. The numbers showed that claims fell by 15,000 to 213,000 in the week ending Nov. 23—a stark contrast from last week when claims reached a five-month high.

“It seems likely that this seasonal adjustment difficulty caused the claims data to be elevated in each of the past two weeks. We expect that claims will continue to hover around 215,000 going forward,” said Thomas Simons, senior money market economist at Jefferies LLC.

Traders who wish to capture short-term movements in the seven to 10-year Treasury notes can opt for these ETFs: