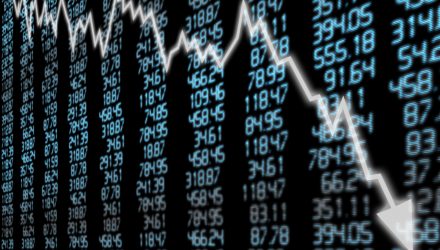 With the capital markets feeding off positive U.S.-China trade deal news, U.S. President Donald Trump delivered a blow saying he may wait until next year to finalize a deal with China. This flipped the risk-off switch for investors who added more safe haven government bonds, causing Treasury yields to fall.

The markets didn’t take kindly to the news as the Dow Jones Industrial Average fell over 400 points early in Tuesday’s trading session.

“The president’s objective always has been to get the right deal independently of when, or anything else like that. So, his objectives haven’t changed and if we don’t have a deal, he’s perfectly happy to continue with the tariffs,” Commerce Secretary Wilbur Ross told CNBC.

After reaching an agreement in October on a “phase one” trade deal, the markets were expecting the deal to finalize by the middle of December.

“The market implications of ‘no deal’ are ostensibly straightforward,” Ian Lyngen, BMO’s head of U.S. rates said in a note on Tuesday. “Trade war inspired global uncertainties will limit the upside for risk assets and put a ceiling on how far Treasury yields can increase in any bearish episode.”

Traders who sense that the rise in bond prices is temporary can play these leveraged ETFs: