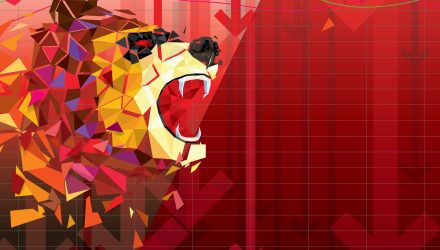 Traders Are Flocking to These Bearish ETFs

Entering Tuesday, the S&P 500 was sporting a year-to-date gain of nearly 3%. That is not deterring some traders from making bearish bets against the benchmark U.S. equity gauge.

Data suggest traders are embracing inverse ETFs, including the ProShares Short S&P500 (NYSEArca: SH), one of the largest and most heavily traded inverse exchange traded funds in the U.S.

SH is not a leveraged fund. Rather, the ProShares product is designed to deliver the daily inverse performance of the S&P 500. For example, if the S&P 500 falls by 1% on a particular day, SH should rise by a similar amount.

“About $218 million has flowed out of bullish leveraged ETFs tracking the S&P 500 Index this year, even as the benchmark has rebounded from its worst month in almost a decade,” reports Bloomberg. “Meanwhile, funds that capitalize on inverse movements in the benchmark have attracted almost three times that amount in inflows, putting them on course for their best month of asset gathering since July 2016, according to data compiled by Bloomberg.”

The triple-leveraged SPXS invests in swap agreements, futures contracts, short positions or other financial instruments that, in combination, provide inverse (opposite) or short leveraged exposure to the index equal to at least 80% of the fund’s net assets.

“The $2.3 billion ProShares Short S&P 500 ETF took in $380 million two weeks ago, its biggest weekly inflow since 2010,” according to Bloomberg. “And investors have put money into triple-leveraged Direxion Daily S&P 500 Bear 3X Shares almost every day this year.”