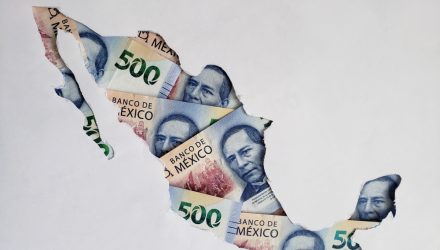 As the end of 2020 looms, traders are placing their bets on which economies can recover from a forgettable, pandemic-ridden year. One of the countries they might want to keep on their radar is the Direxion Daily MSCI Mexico Bull 3X Shares (MEXX).

With its triple leverage ability, MEXX seeks daily investment results, before fees and expenses, of 300% of the daily performance of the MSCI Mexico IMI 25/50 Index. The fund invests at least 80% of its net assets in financial instruments, such as swap agreements, and securities of the index, ETFs that track the index, and other financial instruments that provide daily leveraged exposure to the index or ETFs that track the index. 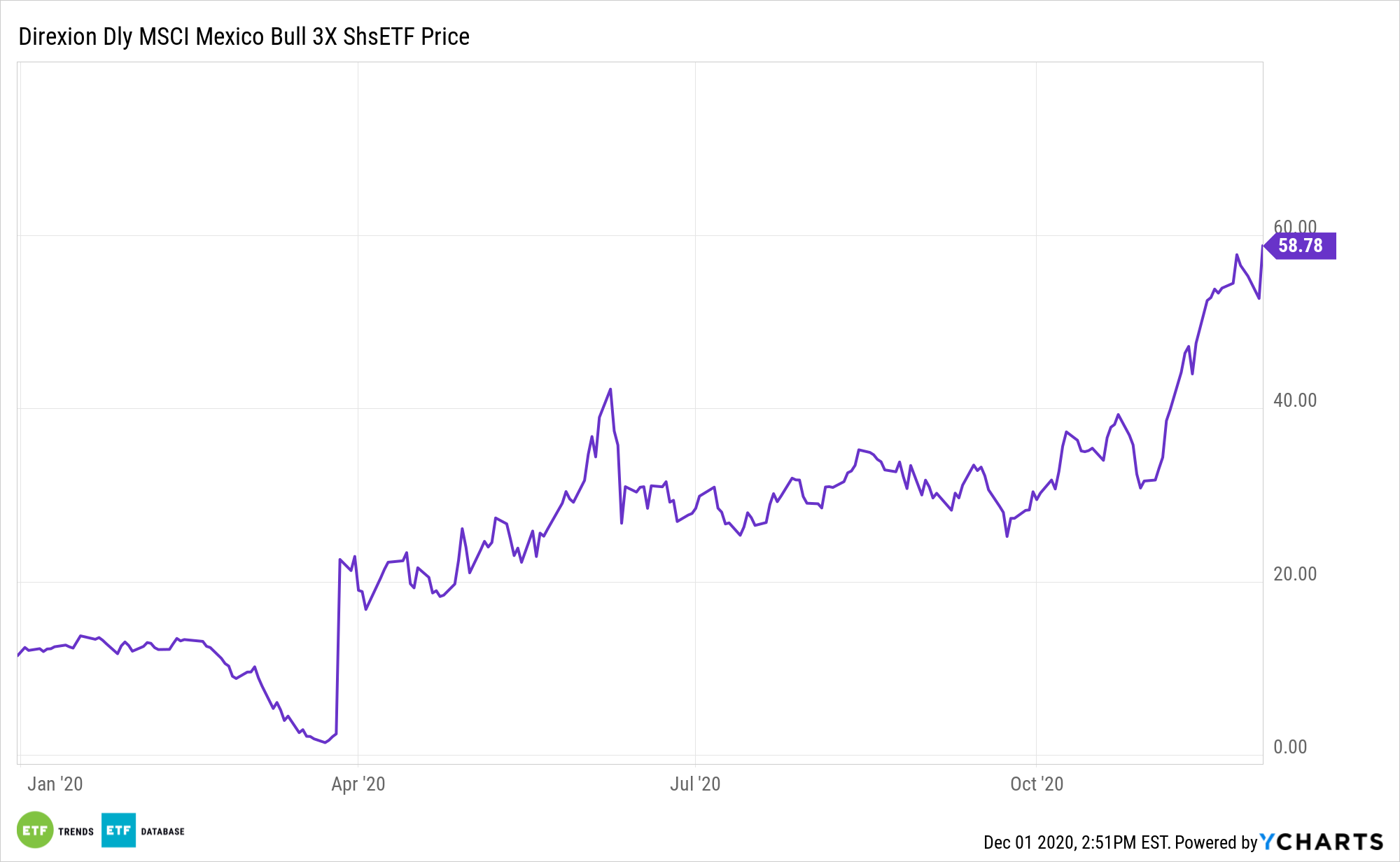 The index is designed to measure the performance of the large-, mid- and small-capitalization segments of the Mexican equity market, covering approximately 99% of the free float-adjusted market capitalization in Mexico.

If you’re looking to go long on Mexico, you might have to wait for a long time. For the patient, disciplined trader, Mexico can yield gains when an eventual recovery of more vaccine news comes into fruition.

Per a Bloomberg article, “Mexico’s economy grew at the fastest pace in at least three decades in the third quarter, as a surge in manufacturing to meet U.S. demand helped claw back a portion of the output lost since last year.”

“Gross domestic product rose 12.1% from the previous quarter, according to final data released by the national statistics institute Thursday,” the article added further. “The expansion, the best in data going back to 1990, was slightly higher than the 12% growth both estimated by economists in a Bloomberg survey and also recorded in preliminary data published last month. On an annual, non-seasonally adjusted basis, GDP plunged 8.6% in the third quarter, matching the median estimate among analysts surveyed by Bloomberg and also last month’s preliminary report.”

According to Andres Abadia, Senior International Economist at Pantheon Macroeconomics, the data are “slightly better than expected, but the economy is not out of the woods yet. Output is still about 7.5% below its pre-Covid levels and the economy is struggling in the face of domestic and external headwinds.”

Of course, the pandemic still continues to be the wildcard. That said, more volatility and bearishness could be ahead so traders should tread lightly when it comes to MEXX.

“But by most accounts, the record surge won’t last,” the Bloomberg article said. “Analysts polled by Bloomberg predict growth will slow to 0.9% in the fourth quarter, with the economy shrinking 9.2% overall in 2020 — its worst year since the Great Depression.”

“President Andres Manuel Lopez Obrador has rebuffed economists’ calls for bigger government spending similar to other large countries amid the coronavirus outbreak, arguing that a lighter debt load will make it easier for Mexico to rebound,” the article noted further. “The percentage of workers living in poverty has grown from 35.7% at the start of the year to 44.5% in the third quarter.”