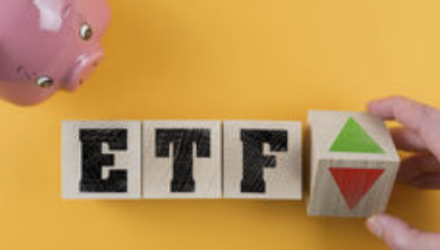 These were last week’s top-performing leveraged and inverse ETFs. Note that because of leverage, these kinds of funds can move quickly. Always do your homework.

WEBL providing 3x leveraged daily exposure to an index of the largest U.S. Internet companies made it to the list as technology and growth stocks gained after Fed provided more clarity for markets at its last week’s meeting. Markets could have already priced in rate hikes and tech rose again.

YINN seeks daily investment results of 300% of the performance of the FTSE China 50 Index. It provides leveraged exposure to the Chinese large-cap sector and was one of the top levered ETFs last week supported by lockdowns in the country as the number of COVID-19 cases rise again.

The HIBL ETF provides 3x daily leveraged exposure to a beta-weighted index of 100 highest-beta stocks in the S&P 500. All S&P 500 sectors rose last week, with IT, consumer discretionary, and communication services soaring higher after Fed announced the first rate hike in an attempt to fight inflation. The Fed Chair also stressed confidence in the U.S. economy stating its ability to withstand higher interest rates.

SOXL which offers 3x daily long leverage to the PHLX Semiconductor Index was another contender on the top-performing levered/ inverse ETFs list last week. The overall semiconductor segment gained ~14% in the last five days. Prices of semiconductor chips have increased owing to a global shortage during the pandemic as well as following Russia’s invasion of Ukraine.

RETL offering 2x daily long leverage to the Russell 1000 RGS Retail Index is also featured on the list. The ETF returned over ~26% in the last week driven by positive shoppers’ sentiment and increasing consumer spending. Internet, multiline, and specialty retail segments gained over ~13%, ~6%, and ~2%, respectively over the last five days. The sector got a boost after the Fed hiked its benchmark interest rate and as peace talks between Russia and Ukraine continued in the last week.

EURL provides 3X daily levered exposure to an index of companies in developed Europe was one of the top-performing levered ETFs as investors grew optimistic about negotiations between Russia and Ukraine in the last week.