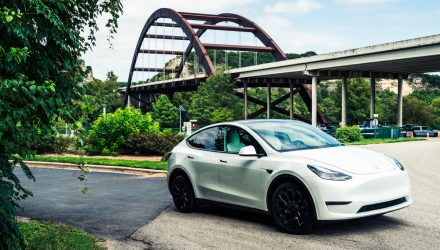 Tesla Bears Have Been on a Roll, But a Bullish Comeback Looms

Tesla has been giving bearish traders plenty to cheer about as the stock continues to contend with an over 40% decline year-to-date. However, a bullish comeback could be looming as the stock enters oversold territory.

Fundamentally, the bears have been benefiting from less than expected delivered from the electric automaker during the third quarter. As Invezz reported, Tesla “delivered 343,000 vehicles this quarter, falling reasonably short of 364,660 that experts had forecast.”

Meanwhile, analysts are continuing to eye the weakness in Tesla, hoping that it will continue amid a broader stock market slowdown.

“We are recommending shorting Tesla Inc. I have to say that because we have a short-term breakdown,” said CNBC’s Dominic Chu. “It’s a significant loss of relative strength that we’ve seen, and, of course, the momentum has deteriorated.”

Traders hoping to capitalize on further weakness can look to single stock exchange-traded funds (ETFs) that head in the opposite direction. One such fund to consider is the Direxion Daily TSLA Bear 1X Shares (TSLS), which offers this level of inverse exposure without having to take on a short position in futures or a similar strategy.

Bullishness on the Horizon?

At some point, the tide will turn, and momentum will sway back toward the bulls. When this occurs, traders can look to the Direxion Daily TSLA Bull 1.5X Shares (TSLL), which adds an extra dose of leverage to maximize gains.

Tesla, along with the rest of the stock market, has seen a lot of volatility. Looking at Tesla specifically, CEO Elon Musk has had an eventful month, circling back to discussions regarding the purchase and ownership of social media giant Twitter.

As such, it’s been producing an added dose of volatility to Tesla stock. However, it may overshadow some positive events that have been happening, specifically with Musk.

Fundamentally, the stock is still a strong growth option. As the world continues to work toward reducing its carbon footprint with more electric vehicles (EVs) on the road, Tesla could remain at the forefront of that shift.

“We think with supply chain issues, and with [the]food and energy crisis … that once again, innovation is going to help solve these problems,” said Ark Invest CEO Cathie Wood.

“There’s been an accelerated consumer preference towards electric vehicles, like Tesla, because of oil prices. And we think there’s no stopping that trend now,” she said.