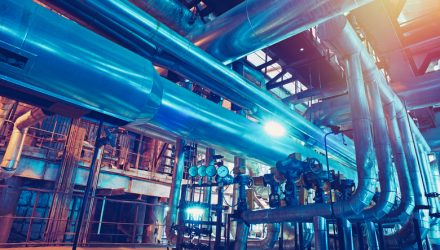 The SPDR S&P Oil & Gas Exploration & Production ETF (XOP) tumbled about 8% just last week and now dwells more than 45% below its 52-week, but some traders think there is more downside coming for the often volatile exchange traded fund.

Options market data indicate that some traders are rolling over profitable puts on XOP and that action comes with the ETF residing 21% below its 200-day moving average, indicating bearish might be the path of least resistance with XOP over the near-term.

“The bulk of this action has centered at the September 23 and 25 puts, where four massive blocks totaling 220,000 contracts have changed hands. Trade-Alert suggests one speculator may be rolling down their September 25 puts to the 23 strike, eyeing additional losses for the energy exchange-traded fund (ETF) over the next two months,” according to Schaeffer’s Investment Research.

Prior to the latest declines, it looked like oil prices would trend higher after U.S. President Donald Trump decided to bring down the hammer with more sanctions on Iran in response an unmanned U.S. drone being shot down last month.

Further fueling the retreat in the energy markets, the U.S. is set to end its Iran sanction waivers program that allowed eight countries, including China and India, to import Iranian oil temporarily. However, Saudi Arabia stated it would increase its share of exports to make up the difference.

“Looking closer at the charts, the shares of XOP have been sliding over the long term, down 42.5% year-over-year. More recently, the fund has been guided lower by its 40-day moving average, and a recent rejection here has the shares headed for their fourth straight loss and their lowest close since Dec. 24,” according to Schaeffer’s.