You are at:Home»Leveraged & Inverse Channel»Robo-Analyst Sifts Through “Happy Talk” on Earnings Calls 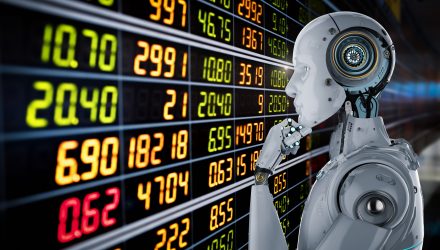 Kansas City-based American Century Investment is using computer-aided natural language processing to “go through conference calls from companies in the Russell 3000, comparing them against each other and against their own past conference calls” in an effort to find red flags that “can’t be masked by happy talk.” This according to an article in Barron’s.

“The asset manager is convinced the computer is smart enough to catch even the most polished executive,” the article reports.

While naysayers contend that corporate managers will adapt and change their language to outsmart the model, American Century senior quantitative analysts Tal Sansani rebuts, “But we have thousands of words that we’re looking for, and combinations of words. In the end, BS is BS.”

Sansani explains that his team built the model on a foundation of psychology and computational linguistics, a process that allowed them to pinpoint four red flags:

The article uses the example of a recent Starbucks earnings call: “Even as analysts sounded more skeptical…management’s tone grew more positive, using language that American Century’s robo-analyst said looked like ‘spin.’ ” Less than two months later, the article reports, Starbucks cut its same-store-sales guidance, leading to a dip in the stock price. “Later in the year,” the article states, “the robo-analyst gave Starbucks higher marks, and the stock has since recovered to new highs.”

But a human touch is still critical in call analysis, says Sansani, who explains that robots are unable to detect certain kinds of language, such as sarcasm.