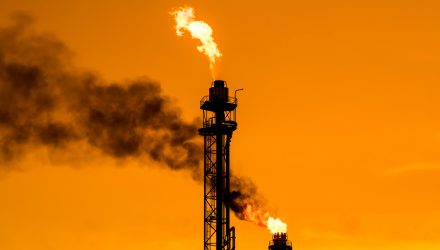 Rising tensions in the Middle East could spike oil prices further this week as events unfold following an attack on Saudi Arabian oil facilities over the weekend. This could hamper global supply, which for oil bulls is news they would like to hear.

As far as the attack is concerned, per a CNN Business report, “Yemen’s Houthi rebels on Saturday took responsibility for the attacks on the Saudi Aramco oil facilities in Khurais and Abqaiq — the world’s largest oil processing facility and crude oil stabilization plant. Saudi Energy Minister Prince Abdulaziz bin Salman said that 5.7 million barrels a day of crude oil and gas production have been affected. The latest OPEC figures put total Saudi production at 9.8 million barrels per day.”

“The events in Saudi Arabia have ratcheted up tensions in the Middle East to a new level raising concerns about supply security,” Chris Midgley, global head of analytics at S&P Global Platts said in a statement. “The sudden change in geopolitical risk” could cause crude prices to jump between $5 and $10 a barrel.”

Levering Up the Oil Trade

Volatility could ensue following the attacks in Saudi Arabia, which will no doubt put exchange-traded funds (ETFs) on watch. Whether they’re bullish or bearish on the commodity or the energy sector, traders have a plethora of options, and bulls and bears can play both sides of the trade as oil ETFs rise and fall.