You are at:Home»Leveraged & Inverse Channel»Richest Tech Tycoons in China Lost $80 Billion in Net Worth in 2021 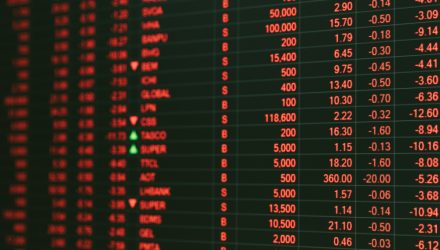 A Bloomberg article notes that the top 10 richest tech tycoons in China have lost a combined net worth of $80 billion in 2021, highlighting the increased governmental scrutiny on the industry.

“The country’s 10 richest tech tycoons lost $80 billion in combined net worth in 2021, according to the Bloomberg Billionaires Index, amid widescale crackdowns by Chinese regulators,” the article says. “The drop represents almost a quarter of their total wealth and is the largest one-year decline since 2012, when the index started tracking the world’s richest people.”

Internet tycoons from companies like Alibaba, Tencent Holdings, and Baidu have all seen their wealth tumble thanks to increased regulations to curb monopolies. These moves could also tamp down foreign investor interest in these companies, further hurting the tech industry.

It’s difficult to say whether China’s tech sector can come back from a forgettable 2021. The regulatory impact will weigh heavy on traders who are banking on a China tech bounce to the upside.

“The best days for China’s tech sector are behind us for now,” said Chen Zhiwu, director of the Asia Global Institute at the University of Hong Kong. “Without access to American capital markets, the history of China’s tech sector would have been very different.”

The loss in net worth is reflected in the Direxion Daily CSI China Internet Bull 2X Shares (CWEB). The fund is down over 80% year-to-date.

Bullish traders in tech have been better off staying in the United States, as reflected by the Direxion Daily Technology Bull 3X ETF (TECL). The fund seeks daily investment results that equal 300% of the daily performance of the Technology Select Sector Index, and the leverage shows with the fund up about 120% for the year.