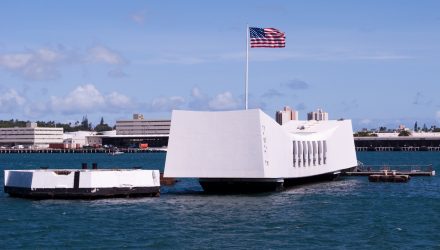 Remembering the Impact of Pearl Harbor on the Markets

December 7, 1941 will certainly be, as then-president Franklin D. Roosevelt eloquently communicated, a day that “will live in infamy” for many Americans as the U.S. Naval Base at Pearl Harbor, Hawaii sustained a calculated attack by the Empire of Japan during World War II. While the effects of Pearl Harbor were wide-ranging, its impact on the capital markets was also notable even 77 years later.

Prior to the attack, the economy was already on the road to recovery following the Great Depression, which would become the worst economic crisis in the history of the nation. However, Roosevelt’s New Deal programs helped to spur employment as well as shift the attitudes of Americans toward the federal government.

However, as the nation was regaining its economic footing, World War II was percolating in the background as Japan joined Nazi Germany and Fascist Italy under the Tripartite Pact to form the “Axis powers.” Opposing the Axis powers were the Allies of World War II, or the United Nations, which the U.S. didn’t fully commit to joining just yet despite offering aid to the nations partaking in the opposition–until Pearl Harbor.

With access to necessary commodities cut off, such as oil, steel and iron as a result of embargoes placed on Japan by Allied nations, as well as the United States, the country was in desperate need of resources. Desperation typically results in desperate measures and as such, Japan dialed up the aggression with an attack on Pearl Harbor–a move that would awaken a sleeping giant.