You are at:Home»Leveraged & Inverse Channel»Producer Cuts in 2019 Could Bolster Leveraged Oil ETF 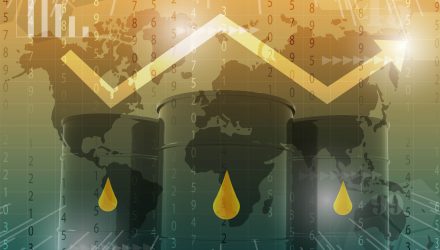 Oil production cuts in 2019 could give the Direxion Daily S&P Oil & Gas Exp. & Prod. Bull 3X Shares (NYSEArca: GUSH) a needed boost, especially after an oversupply has put downward pressure on oil prices as of late.

“Oil ministers are already taking to the airwaves with a ‘price stability at all cost’ mantra,” said Stephen Innes, head of trading for Asia-Pacific at futures brokerage Oanda in Singapore.

The drop could also be related to the weakness in the broad market with the Dow Jones Industrial Average plunging over 600 points on Monday.

“I think what we’re seeing in oil is a big, big concern for 2019 about a recession. I think that is really weighing heavily on this market,” said Helima Croft, global head of commodity strategy at RBC Capital Markets.

Earlier this month, lengthy Organization of the Petroleum Exporting Countries (OPEC) discussions finally came to a conclusion, resulting in a larger-than-expected production cut. OPEC and associated partners agreed to cut 1.2 million barrels per day with OPEC being responsible for 800,000 barrels.