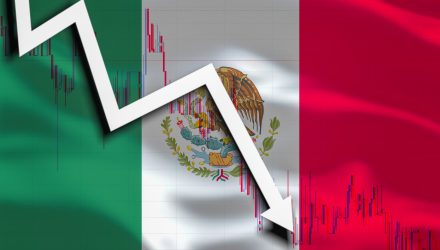 Political unrest ensued in Mexico as the unexpected resignation of Mexico’s Minister of Finance Carlos Urzúa had its toll on Mexican assets following the news. Mexico President Andrés Manuel Lopez Obrador (AMLO) cited disagreements over “development plans for Mexico” as the reason.

“One immediate concern is that these policy disagreements (as well as the quality of fiscal spending) might finally get noticed by rating agencies,” wrote New York-based management firm VanEck in an email.  “Another risk is that if the currency does not bounce back, the weakness can add to inflation pressures making it more difficult for the central bank to lower the policy rate.”

While the majority of the capital markets were focused on the U.S.-China trade war, June brought a new opponent to the tariff-for-tariff battle in Mexico. U.S. President Donald Trump turned his attention to Mexico in the latest tariff wars by announcing a 5 percent tariff on all Mexican imports–a move meant to urge Mexico to “reduce or eliminate the number of illegal aliens” entering the U.S.

ETF investors who see a possible trade brewing in the newest U.S.-Mexico trade saga can look to ETFs like the iShares MSCI Mexico Capped ETF (NYSEArca: EWW) or for more juice, the Direxion Daily MSCI Mexico Bull 3X ShsETF (NYSEArca: MEXX). However, investors who can sense an opportunity in the pullback can try their hands at those ETFs.