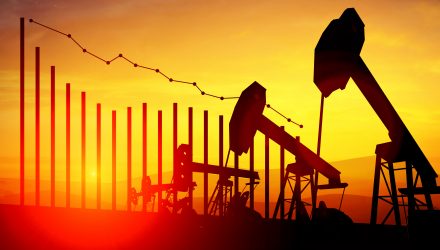 Following the interest rate cut of 25 basis points by the Federal Reserve, oil began by falling below $65 a barrel on Thursday, and fell for the first time in six days. For the markets hoping that future rate cuts could be on the way, Powell dashed their hopes by saying it wasn’t the trend, but merely a “mid-cycle adjustment.”

“The Fed has capitulated to softer economic growth. Inflation is headed lower, but recession is unlikely,” said David Abramson, chief U.S. strategist at Alpine Macro, in a note. “Policy reflation should put a floor under stock prices and sustain the forward earnings multiple, even as overall profit momentum fades in the coming months.”

“A relatively upbeat mood in risky assets took a spectacular U-turn after last night’s Fed decision,” Tamas Varga of oil broker PVM said. “The dollar started to strengthen and equities and oil went into a kind of meltdown mode.”

In the meantime, global supply and demand forces are weighing in on oil prices.

“Supply is plentiful and demand growth is showing signs of weakening globally because of trade conflicts, Brexit and other events that tend to potentially weaken economic growth and, hence, oil demand,” Victor Shum, senior partner at IHS in Singapore, said.

“There’s a lot of oil out there. U.S. output is growing strongly.”