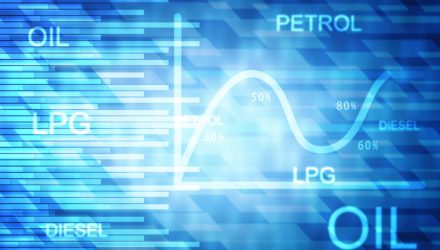 Oil bulls are rejoicing as the end of the Saudi Arabia-Russia price war is in sight after President Trump said he expects both nations to implement supply cuts following some hardline negotiations.

Trump told CNBC that he spoke with both leaders, President Putin and the Saudi Crown Prince, on Thursday, which should be followed by a supply cut of 10 million barrels—the first of what could be more cuts totaling 15 billion. Oil prices responded in two with West Texas crude and Brent crude both soaring—the former rising as much as 25% and the latter up as much as 18% in Thursday’s trading session.

“It will be very welcomed by the industry in the short run,” Dallas Fed President Robert Kaplan said on CNBC’s “Squawk on the Street.” “As long as the coronavirus continues, there’s just a substantial amount of excess capacity being generated every day … It will be particularly helpful as we come out of this virus and will speed the time hopefully where the supply-demand for oil can get back into balance.”

Trump also took to Twitter to announce the production cuts:

Just spoke to my friend MBS (Crown Prince) of Saudi Arabia, who spoke with President Putin of Russia, & I expect & hope that they will be cutting back approximately 10 Million Barrels, and maybe substantially more which, if it happens, will be GREAT for the oil & gas industry!

Oil prices have been facing a double whammy of the price war and the coronavirus threatening global demand as the pandemic continues to wreak havoc on the markets. The news comes after oil prices touched down to their lowest level since 2002 this week as the price of U.S. crude fell as much as under $20 per barrel.

“What we know is the Saudis were looking at this through the lens of the financial crisis and believe they needed a response commensurate to 08/09,” said RBC commodity strategist Helima Croft.

“The question is can Trump put together the package that gets them to do that?” Croft said. “We know there’s an emergency OPEC meeting. They will be looking for signs that U.S. production will be curtailed. They will be watching what happens with the Texas Railroad Commission and with Canada,” Croft added.