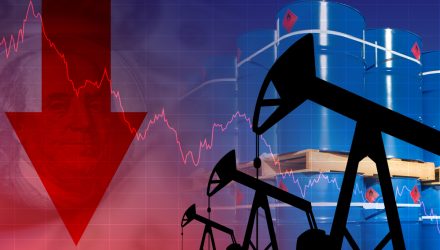 Oil had its worst trading day on Wednesday since November as prices dropped 12%. As CNBC reports, the United States is looking into alternate sources of production amid the Russia-Ukraine conflict.

Supply disruptions in oil have been hitting nations globally amid Western sanctions on Russia, an oil-producing nation. However, reports reveal that OPEC members could be willing to step up production if need be.

Both Brent and WTI crude fell about 12% during a wild trading day.

“That $130 price point was factoring in the absolute siege mentality in the oil market, where we were staring down potentially losing all Russian output, OPEC not budging and the Ukraine situation just worsening,” John Kilduff of Again Capital said on CNBC’s “The Exchange.” “Now we’ve reversed all of that, seemingly, to a degree at least. I don’t want to get ahead of myself.”

Despite the drop, oil is still having a strong year with the S&P GSCI Crude Oil index up 45%.

“The world is working together to tackle surging oil prices and that has put a short-term top for crude,” Ed Moya, senior market analyst at Oanda, writes in a note.

DRIP seeks daily investment results that equal 200% of the inverse of the daily performance of the S&P Oil & Gas Exploration & Production Select Industry Index, which is designed to measure the performance of a sub-industry or group of sub-industries determined based on the Global Industry Classification Standards (GICS).