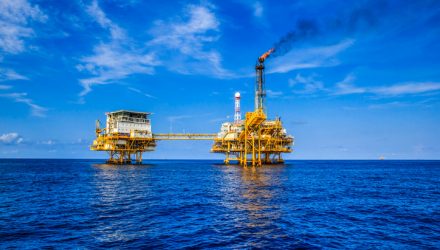 After a Middle East crisis even, crude oil prices and related ETFs typically outperform other more defensive assets in the following months.

According Kensho data, oil led the charge following prior Middle East crises. Looking back to market reactions across 20 Middle East crisis events over the past three decades, WTI crude oil showed an average return of 5.9% after being bought one day before a crisis and sold one month after. WTI crude returned an average 9.1% after being bought one day prior to a crisis and sold three months after. The data also showed a positive change in WTI crude for 80% of the time in the month following major events.

“We should not think of it as a short-term situation,” RBC head of commodity research Helima Croft told CNBC. “Their response I think is going to be something we’ll be dealing with over the course of 2020 … I don’t believe this is over.”

Eurasia Group recently raised its 2020 high end base case oil target to $75 per barrel, citing the “rising risk to oil infrastructure in the region.” If conflict breaks out, which the firm’s Middle East and North Africa head Ayham Kamel put at 30% chance, prices could surge to $95. Iran has already promised retaliatory action to the U.S. airstrike and has shown it is capable of targeting the global oil supply chain.

Citi global head of commodity research Ed Morse has warned that Iran could target production in Iraq, the second largest oil producer among the Organization of Petroleum Exporting Countries.