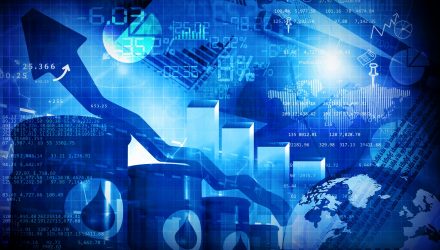 Concerns for weak demand of oil was offset by Organization of the Petroleum Exporting Countries (OPEC) supply cuts and experts expecting U.S. inventories to be lesser than expected. U.S. sanctions on Iran and Venezuela are also curbing supply.

“It appears that concerns about demand have taken something of a back seat,” Commerzbank analyst Carsten Fritsch said. “Instead, market participants are focusing on the tight supply situation again.”

GUSH is trading well below its 200-day moving average after oil’s serendipitous run up through most of 2018. However, the ETF is up 33.59 percent year-to-date.

“So far, demand concerns have not proven too much of a headwind,” analysts at JBC Energy wrote.

Fears of a global economic slowdown are also weighing on the minds of oil traders. After the U.S. central bank kept interest rates unchanged last week, Federal Reserve Chairman Jerome Powell said that “we’ve noted some developments at home and around the world that bear our close attention.”

“Recession risks have risen to the highest since 2008,” said Ole Hansen, head of commodity strategy at Saxo Bank.