You are at:Home»Leveraged & Inverse Channel»October is a Huge Month for Leveraged Bank ETFs 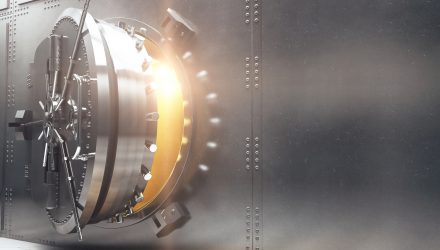 October is a Huge Month for Leveraged Bank ETFs

With October here, third-quarter earnings season is right around the corner. That could bring opportunities with leveraged exchange traded funds, which are ideally suite for aggressive traders looking to trade around short-term events, such as earnings reports.

However, the sector has recently perked up and that could be a sign of short-term opportunity with leveraged exchange traded funds, such as the Direxion Daily Financial Bull 3X Shares (NYSEArca: FAS).

Why Now For FAS And FAZ